I’m not into 100% arena work.  With two months of groundwork for the brothers, it’s got to be more interesting than circle after circle.

Luckily, we have some good stuff to practice standing on.  I like to have the horses stand on things for a few reasons:

I tend to stand on things first as an example to the horse that they are acceptable to stand on.  It will also give the horse an idea of the sound the object will make when their hoof hits it. In future sessions, I will try to get the horse to step on something novel before I do.

Here we have a mock bridge for the horses to stand on.  I like starting with this obstacle because I can ask the horse to crosd the broad side of the bridge first.  That way it is easier for me to make it clear that the horse is to go over the bridge. 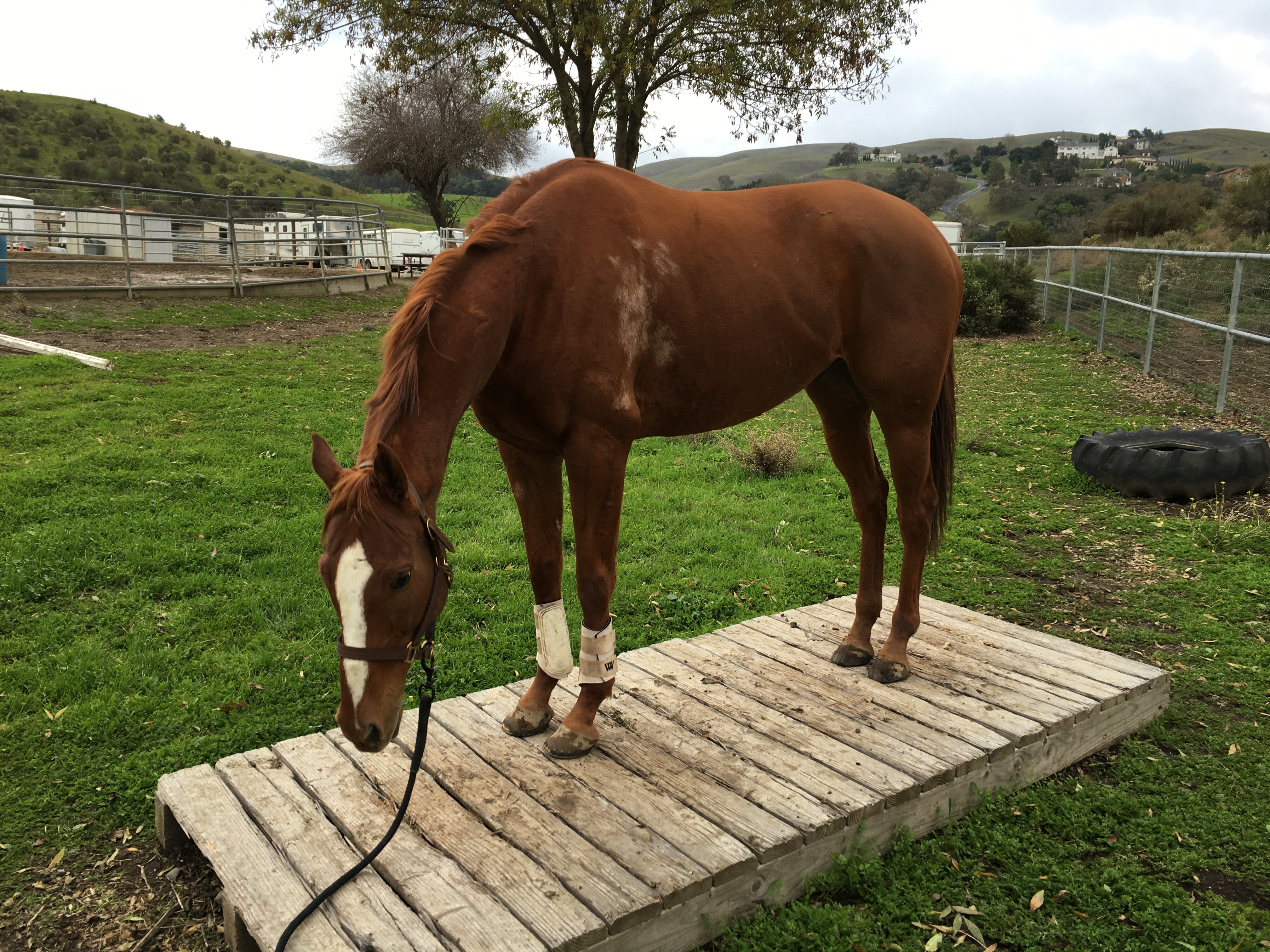 After Blue went over the broadside of the bridge, we approached it from a narrow side.  Blue didn’t mind the hollow sound the bridge made under his feet.  He also had little resistance to stopping on top of the bridge.
Next, we went over a tarp.  So easy for Blue!  He obviously had tarp training before.  We did it both on the line, and off the line in the round pen.  I’m glad we did it though, even though he was pretty good at the tarp, he still hesitated a little before it and sped up going away from it at the beginning of our session.

If you want to see video of that, look here https://youtu.be/4h4aybZPZPU 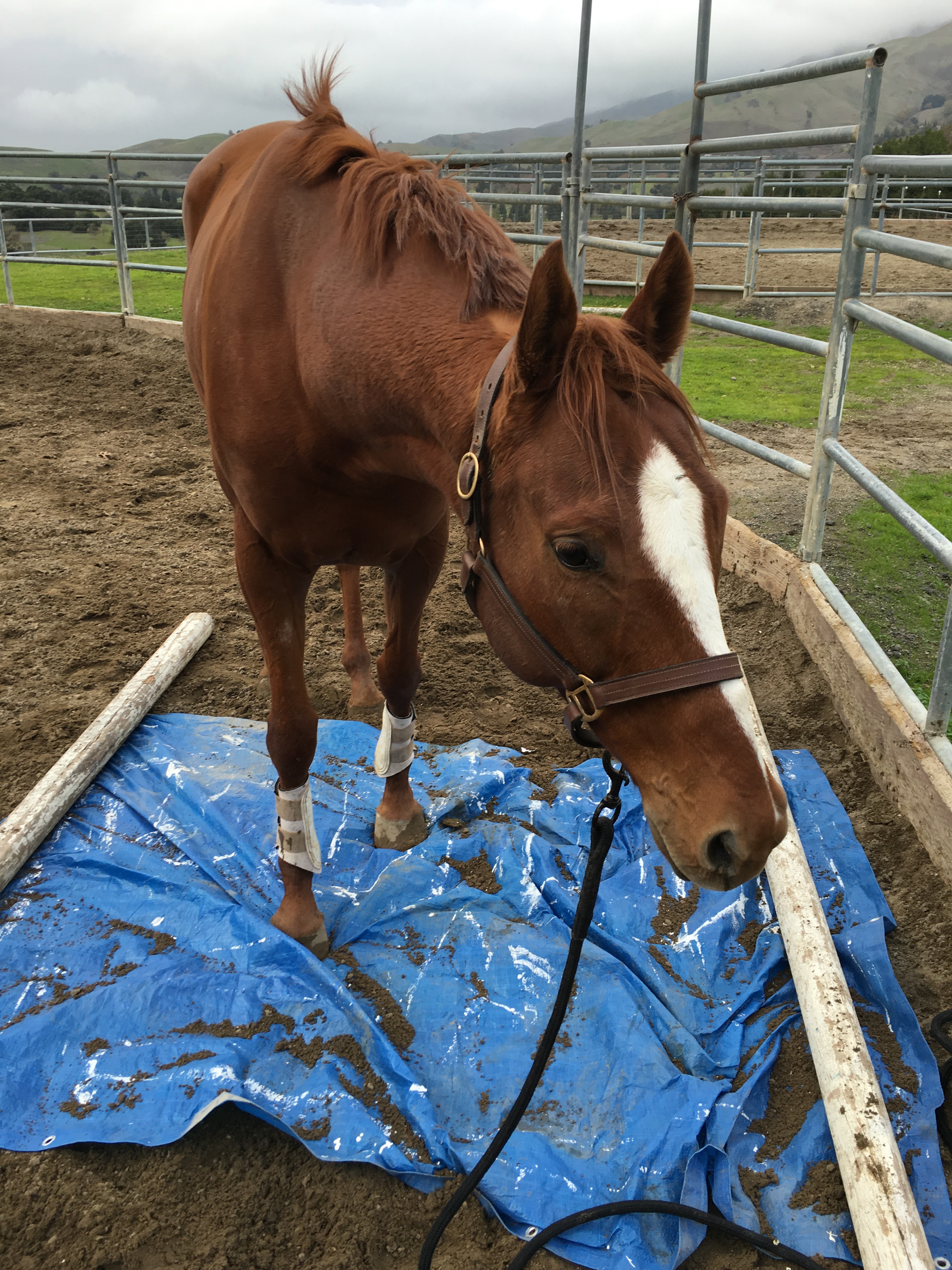 Blue on the tarp

Finally, Blue stood on the low pedestal.  This was the most challenging because it was the easiest to go around, or over without touching. 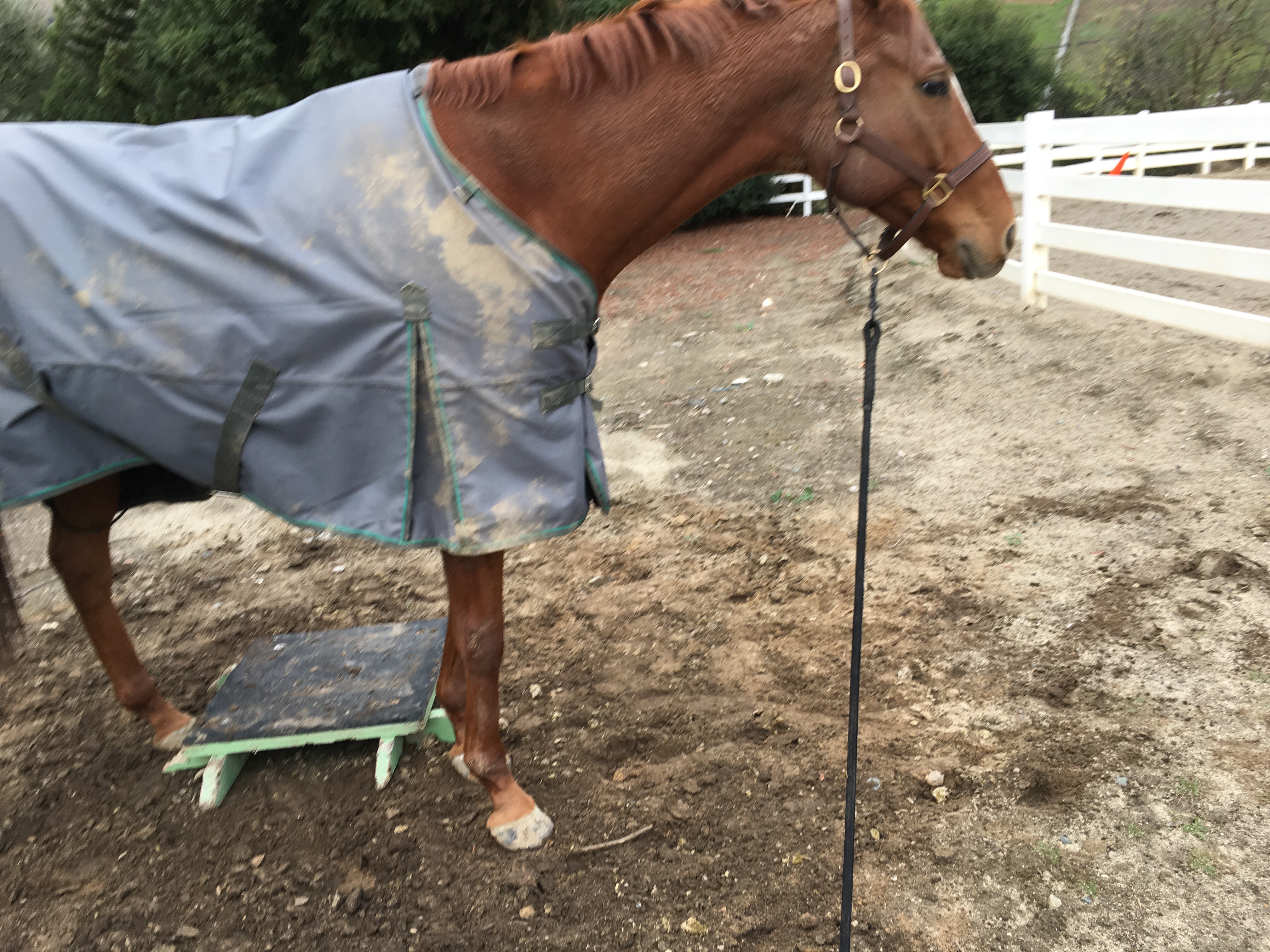 Nope, that’s not it.
Blue and I had some struggle about wether he should stand on its or not.  During the session, I stopped to reach in my pocket for my phone so that I could take a picture of Blur straddling the pedestal with his front legs.  This is the photo I ended up getting: 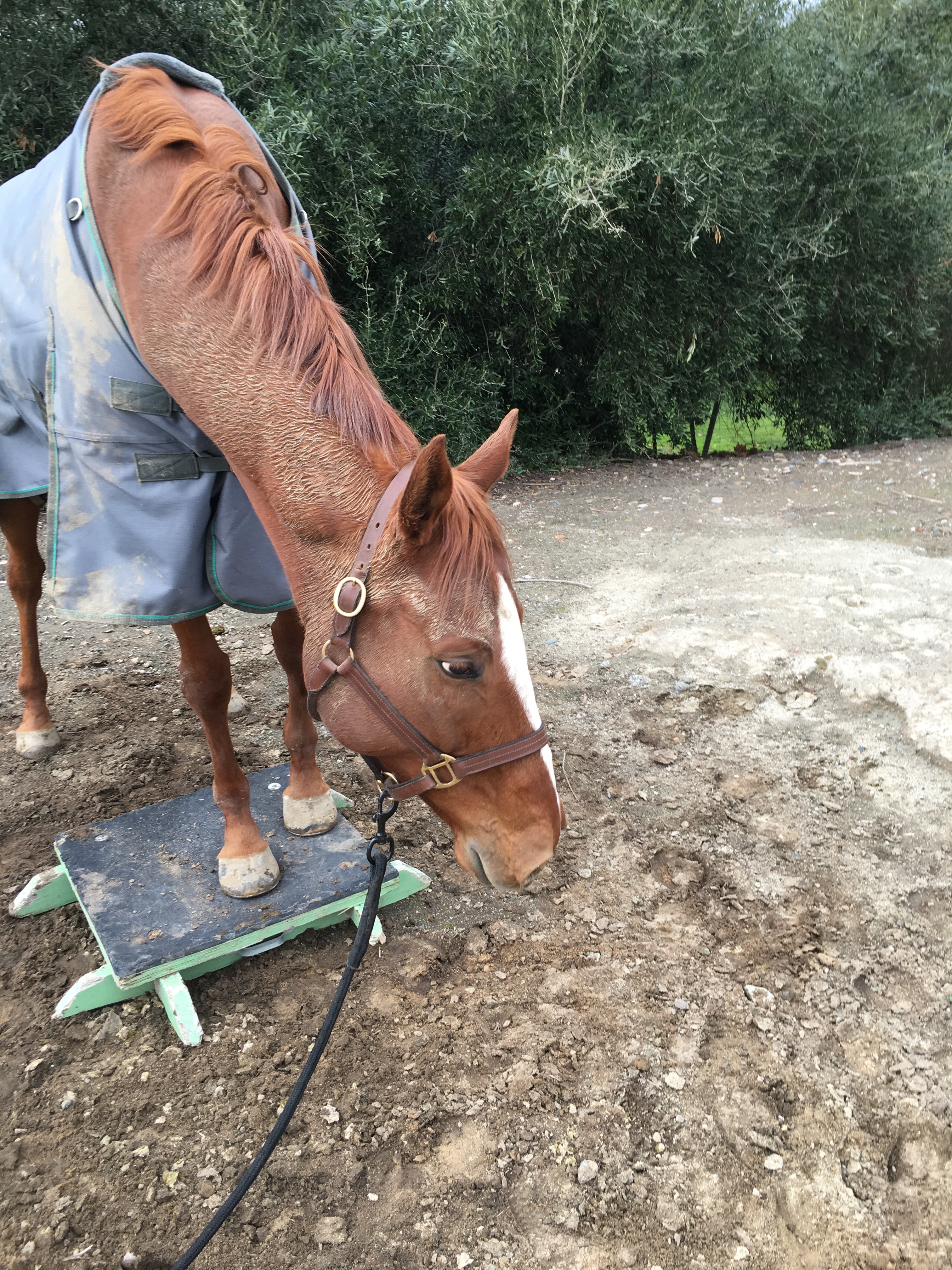 I had been putting too much pressure on Blue bell!  I guess it was clear what I was asking him to do.  He just needed a chance to take a breath and step up on his own.  In keeping constant pressure on him, whether it be moving his feet, or having clear intent that I wanted him on the pedestal, I was providing him with opportunities to resist.  When the pressure was off, he was no longer resistant, and he stepped right up!

What fun it is to work with this horse. Like any horse, he’s going to make me a better horse trainer.