Corny had been doing really well with the concepts of relaxation and understanding on the ground. I have been working on his”bridle”set up quite a bit because of his persistent tongue issues. Until he can calmly carry the bit with no tongue acrobatics, he can’t properly receive a cue from the bit.
My first ride on him I used a rope halter with just the rope coming up on one side, I didn’t tie it like reins. He was wearing his bit as well, but there were no reins attached to the bit. I was a little nervous about that set up, so I tried something else the next time.

My second ride used a similar set up to the first, but I added reins on the bit to make me feel better. Corny did not appreciate it when I touched those reins and it freaked him out a little. 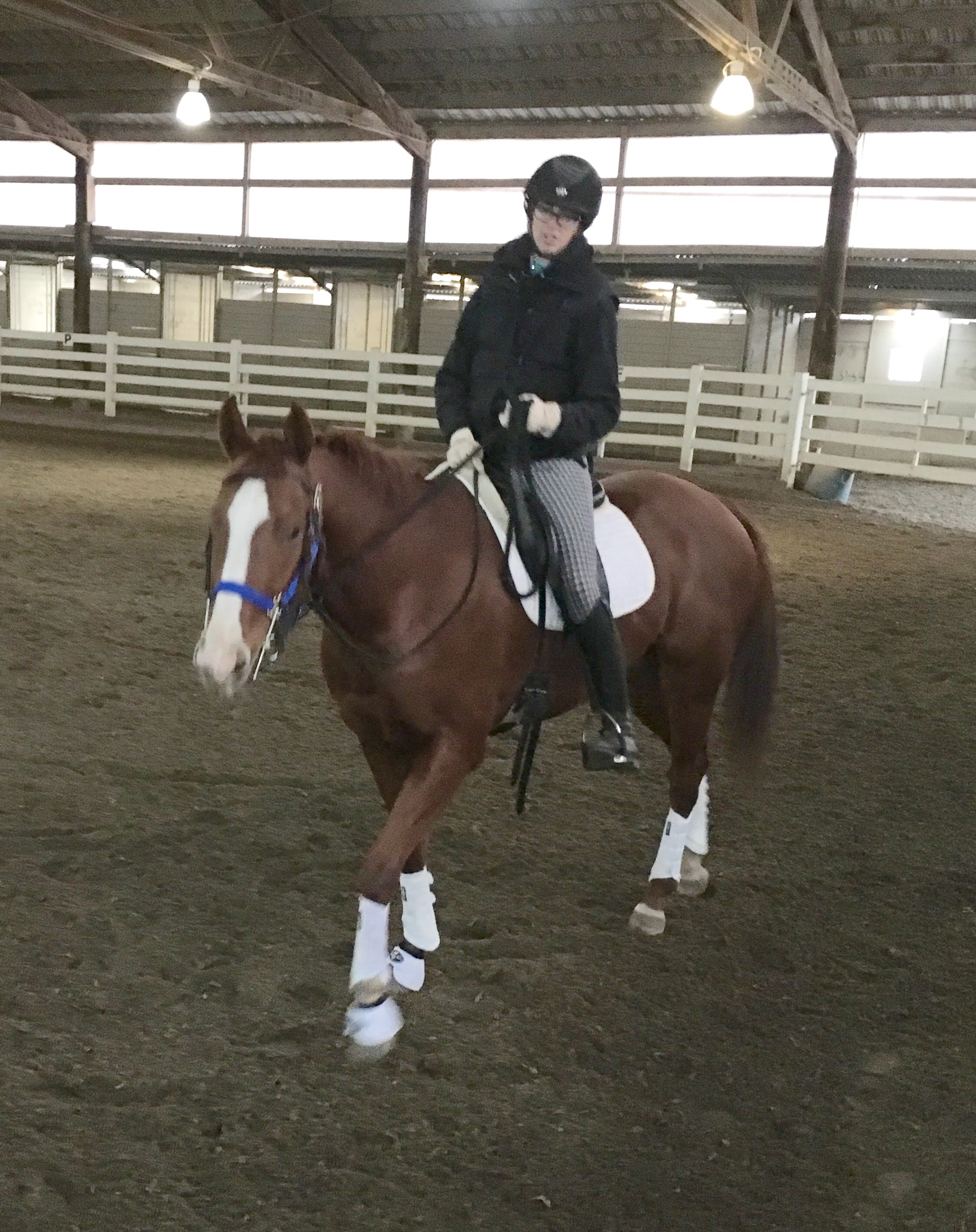 Steering by the halter, reins on the bit just as a security blanket for me

The third ride I used a rope halter, with a thin rope tied for reins on the bottom of his halter. He was still wearing his bit, but again no reins were attached. I rode him in the round pen instead of the indoor arena, and we were both pretty happy there. We even started some trotting, which you can See here

I was pretty pleased with this set up, except that I got a bit nervous about having the rope halter and the rope reins with no hardware to break if he stepped on it or I got hung up. So I decided to put leather reins on the halter, but as I was doing so, I remembered that I have a jumping cavesson that I could use. I had been having some trouble with the rope halter twisting into his eye during ground work, so I thought I’d give this a shot since the browband will help with that.

We are going to go without the bit for now, and will re-introduce it later. 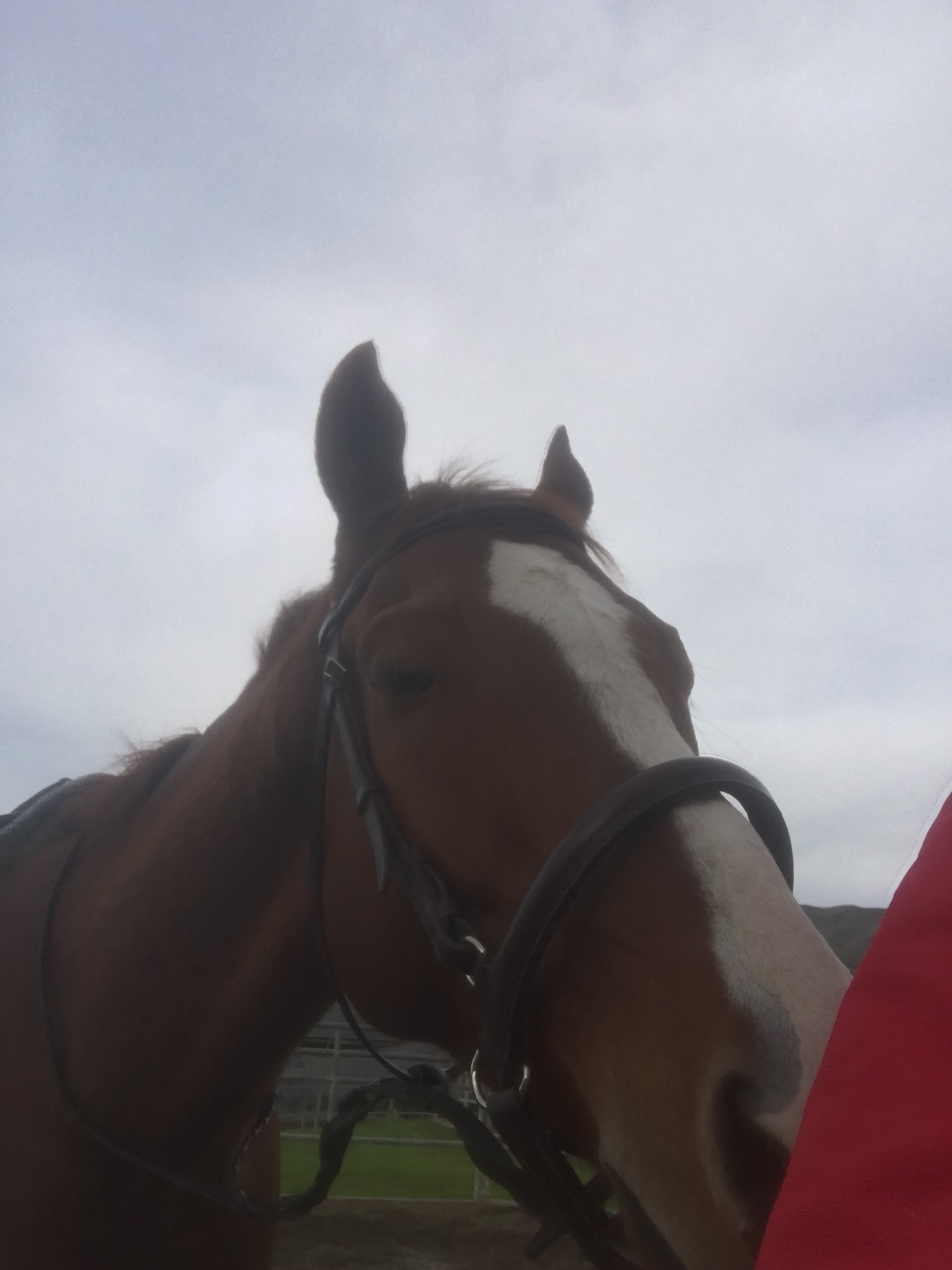 Corny in the jumping cavesson.  I couldn’t get him to stand father from me than this for the photo.  He just wanted to snuggle. 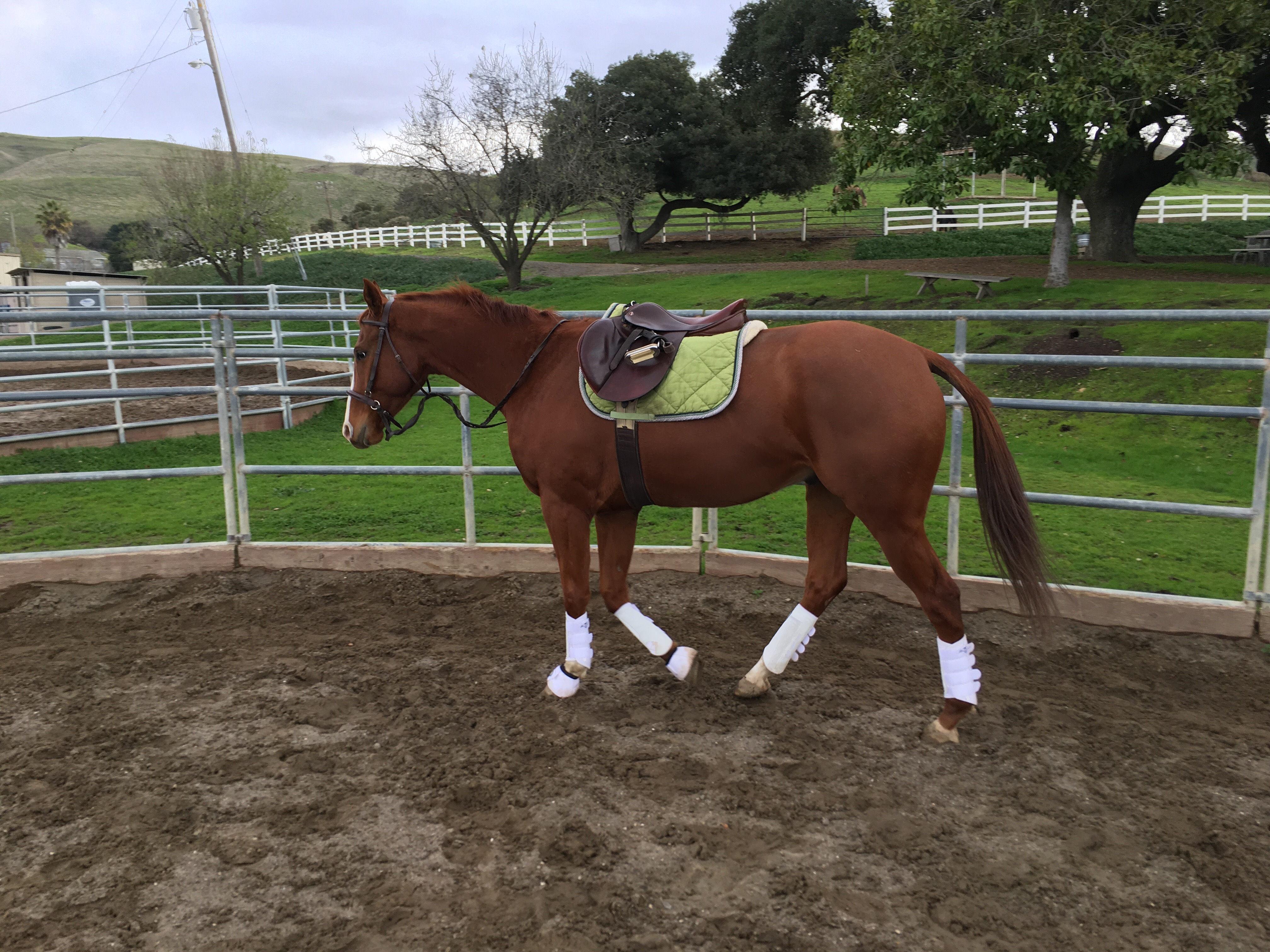 Corny in his full kit.