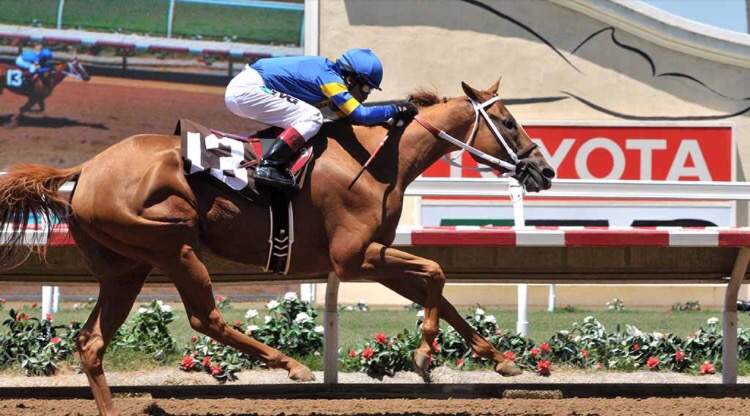 Olympic Blue at 5 years old, being a kick ass racehorse
Last week I was fortunate enough to screen some of Blue’s race footage.  He’s one of the thoroughbreds I’m taking to the thoroughbred makeover in Kentucky. It was really fun to watch him run, and especially to watch him win.  I also enjoyed being with his owners, Ann and Mark while we watched the races and seeing how excited they were to watch their horse.

Blue went on a winning streak starting with his first race after having his blinkers removed.  I’m learning so much about racing, the blinkers are used to help the horses run straight.  It was funny to watch Blue serpentine down the track and win anyway! He won the next 3 or 4 races after that.

I also thought it was really cool how the commentators talked about Blue.  He was a big deal!  They had graphics about his successes, and even sang a little song about him!

Blue’s home track was Golden Gate Fields.  Mark and Ann still have some racehorses there, and it is a great community of horse people. Today I learned that GGF is going to be one of our sponsors on our trip to Kentucky.  I’m grateful for their support and hope we will do them proud.

Blue has been steadily improving in his dressage training.  Last week he started to understand the concept of inside rein and outside rein.  His brother Corny is unfortunately having another bout of unsoundness from severe thrush so his training is on hold. 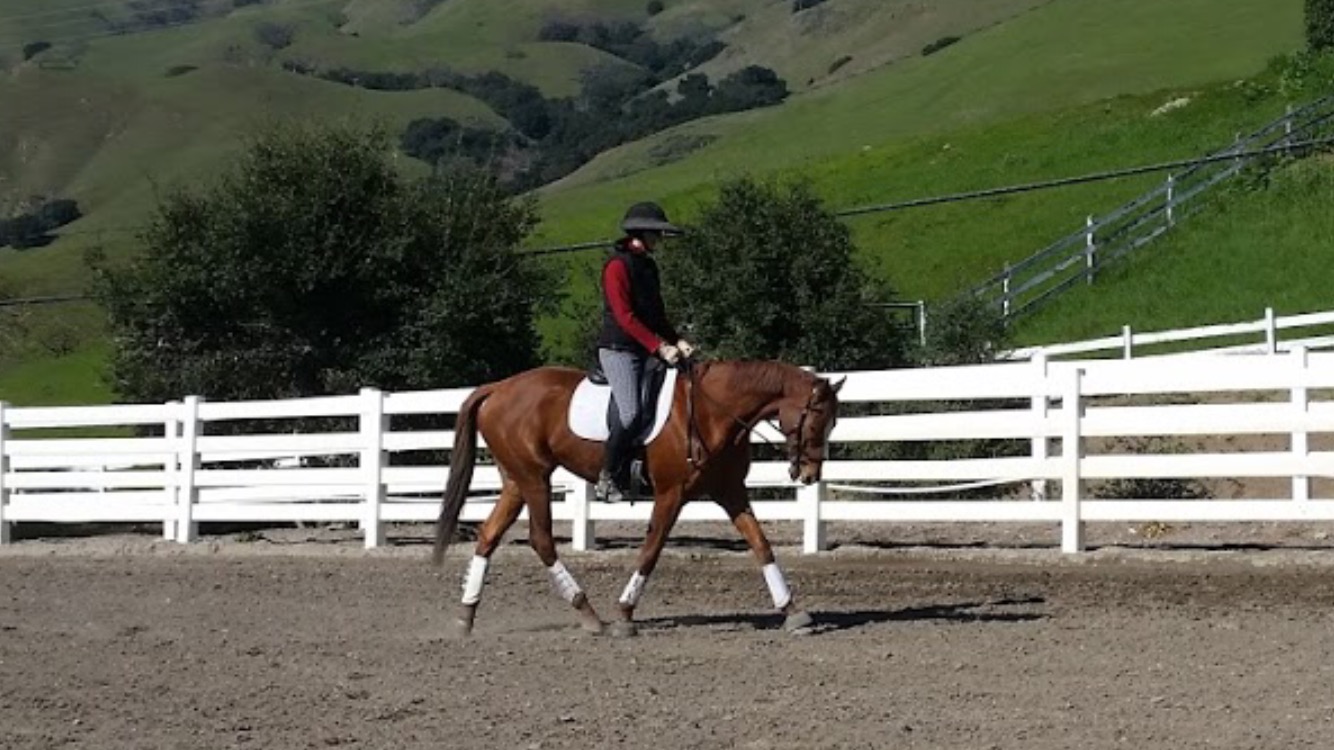 Olympic Blue, last week, 7 years old and in his way to being a kick ass dressage horse