Corny has had some recent unsoundness again do to another thrush flare up in his right front.  After a couple weeks off, he was right as rain today, at least for the first part of his workout.

Then he went horribly lame on his left hind.  What the heck, Corny!  I took him back to the cross ties and Nel and I started at his foot for awhile.  Then we saw it… 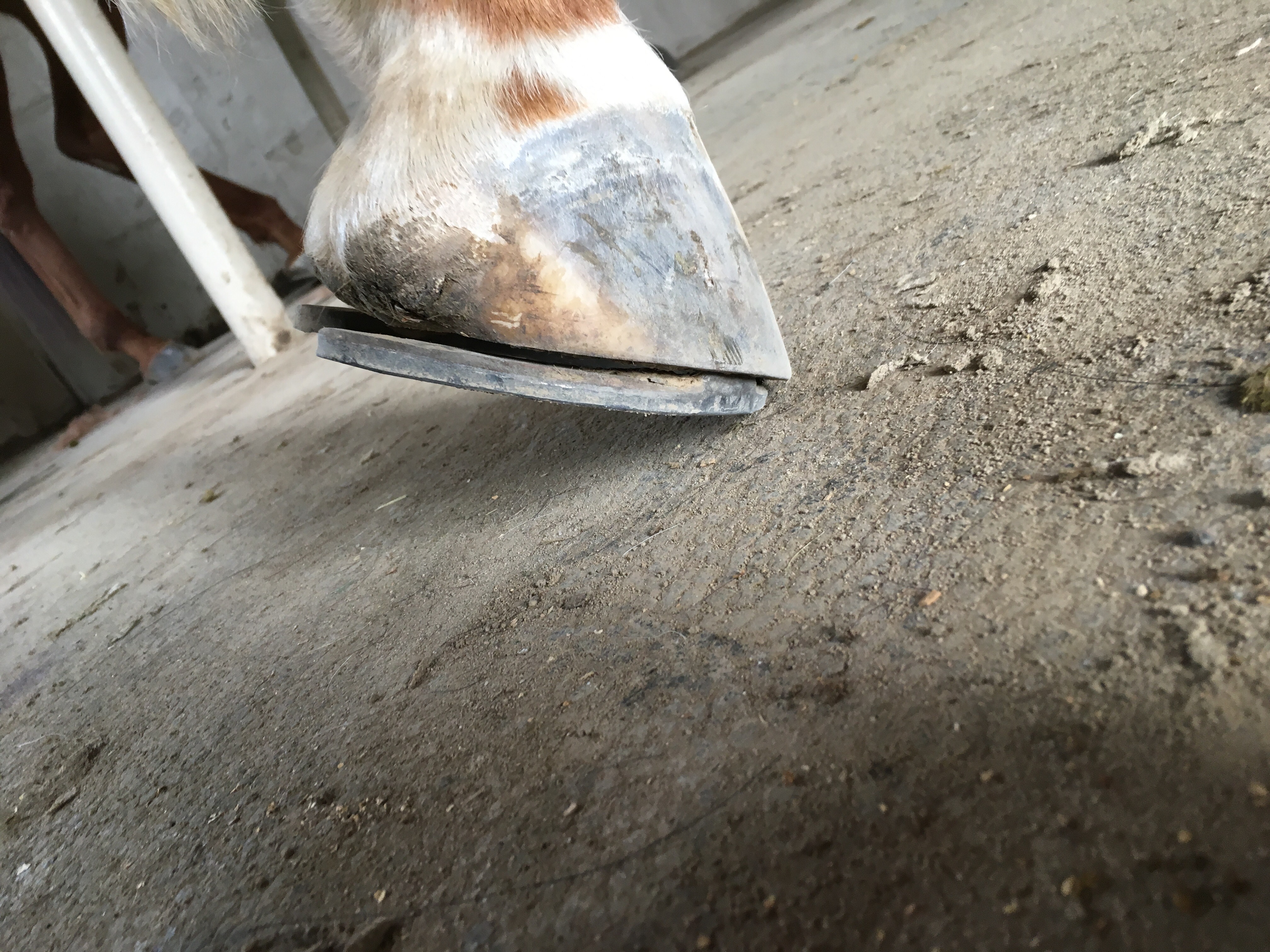 A sprung shoe!  That’s not so bad, right?  It wouldn’t have been so bad except Corny has clips on his shoes. 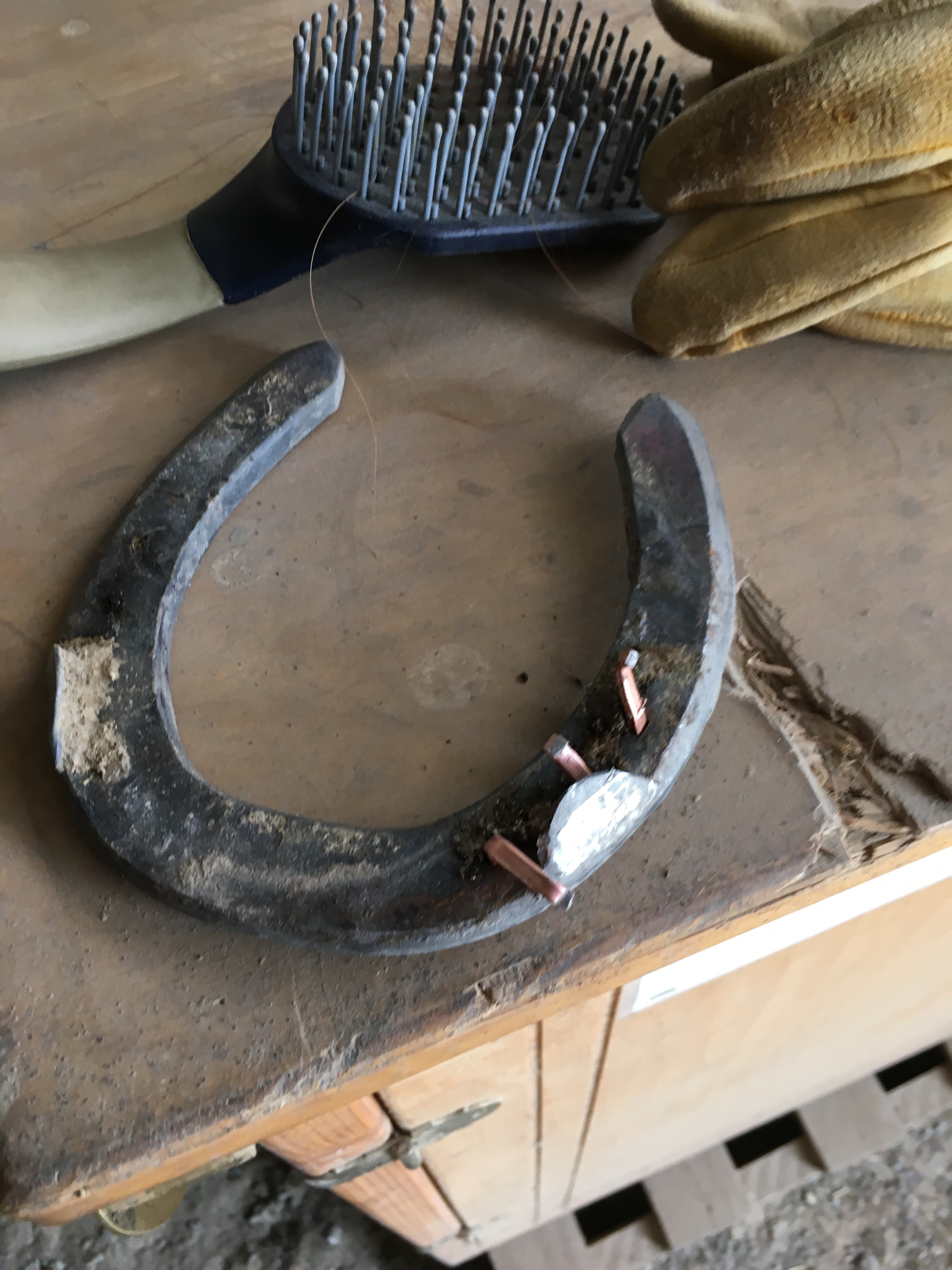 The offending shoe after it was removed.

Neither of those clips was depressed, so poor Corny had the clip sticking up into his white line.  Luckily, Jay had some tools to remove the shoe and I didn’t have to bust out the leatherman tool.

We also noticed that the nails appeared to be copper.  This was surprising to us since copper is a soft metal that we wouldn’t expect to hold a shoe on.  So we asked our farrier.  He said, “Copper plated nails are a new thing farriers are trying. Better in regards to bacteria, better for the hoof they don’t corrode or rust inside the hoof holes etc. They’ve been out less then a year. ” 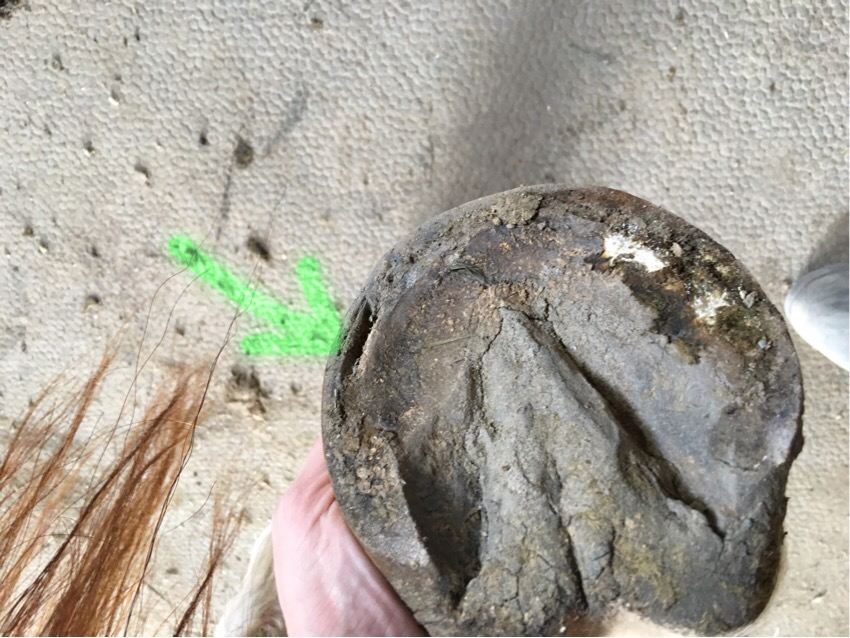 Corny has quite a dent where the clip was sitting.

Corny is getting his shoe replaced tonight.  Fingers crossed that he will go back to being right as rain!