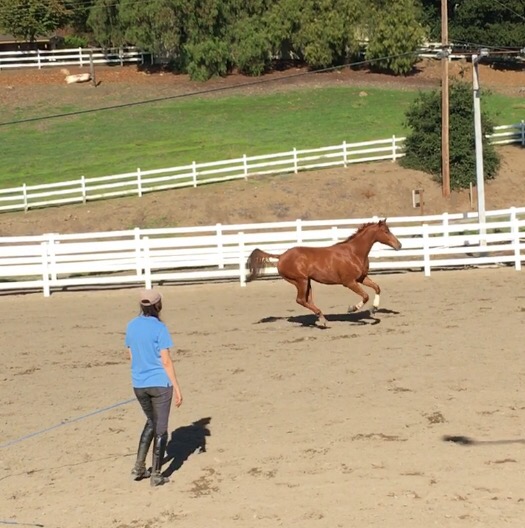 Blue and Corny are doing great with their ground manners.  They are able to be handled by their inexperienced owners, and are relaxed around the ranch.

I like to make sure that there horses in training with me understand several concepts of human partnership before I climb aboard.  The first day I worked with the brothers, I had a pretty unsuccessful time longing them.  I knew I was going to have to start from scratch with this concept.

On week one, day two I put the horses in the round pen.  At first I only cared about the direction they were going on the circle.  Corny tried to change direction once on his own, but was otherwise content to do as I ask.  Blue challenged my leadership about the direction of travel several times, but eventually settled into the routine.

To get a horse sensitive to my gesture to change gait, I go through the following process. Each step takes about two of the horse’s strides.  I stop the process when the horse moves to the next faster gait.

This process teaches the horses how to go forward from a light cue before being ridden. Its consistent escalating sequence gives the horse a chance to think about the initial cue without waiting so long that they forget about it.  Done with repetition, most horses pick up on this quickly.  The brothers were no exception and understand the concept after this first session.

The last thing I worked on was changing direction. I made sure the horses would stop and turn towards me when I stepped in front of their shoulder.  They did this well, though Blue did try to run past me a couple times.

I was looking for signs of relaxation in the horses.  I didn’t see many once we went faster than the walk.  I want this to improve before I consider mounting.

The next day (week one,day 3) I reviewed these concepts in the big arena instead of the round pen.  I asked for direction changes, changes in gait, and drawing the horses towards me.  Sort of like a turnout/roundoen hybrid session.

It’s taken long enough, but behold the before video of the horses moving free on the arena!

Here is Blue, see if you can spot his subtle signs of disrespect.https://youtu.be/1q-mH96EUXM 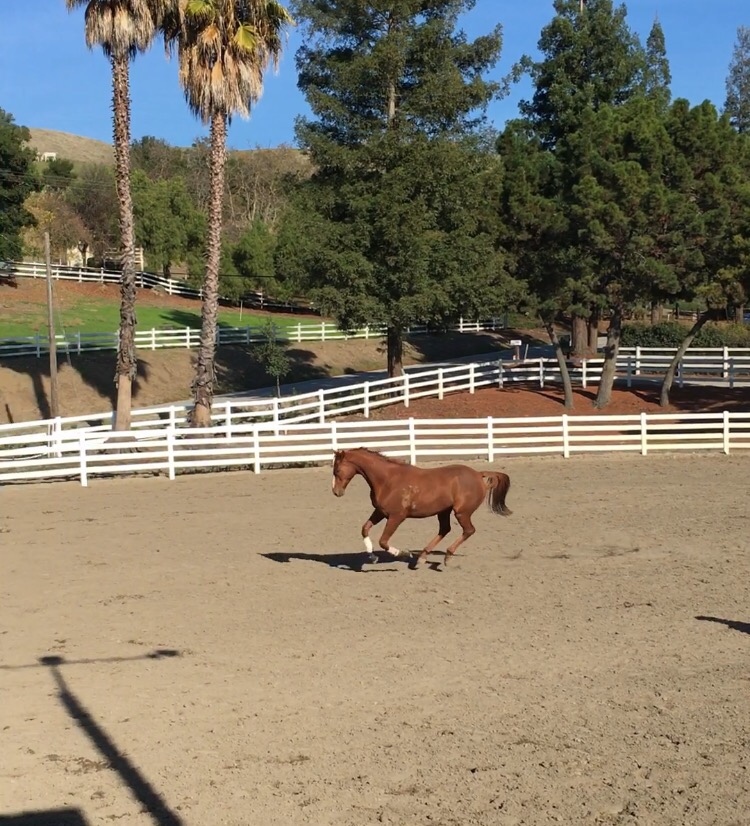 Blue cocking his hip at me.  I’m just out of frame but you can see my shadow

And here is Corny https://youtu.be/tLji4dp1RVw

One Reply to “The before picture, part 2”